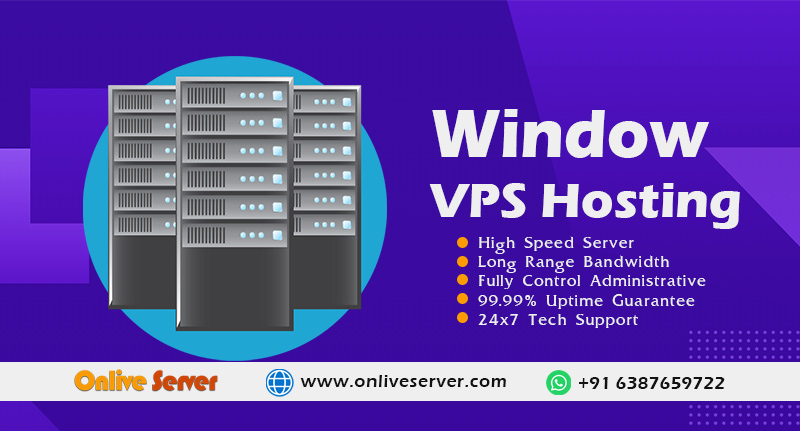 What do you think about Windows VPS Hosting? If you want to make hosting more reliable, better-managed, and secure, while also having the ability to manage it yourself, then you need Windows VPS Hosting. It offers everything that larger servers provide, with more user-friendly features. Here are 3 reasons why Windows VPS Hosting is the best choice for small and mid-sized business owners who wants to use dedicated servers without the need to maintain them on their own.

What is Windows VPS hosting?

Windows VPS Hosting is quite similar to Windows dedicated hosting. The main difference is that with Windows VPS hosting, your site shares resources with other sites hosted on the same physical server. This makes it possible to run multiple sites without running out of processing power or RAM. Another benefit of using a Windows Virtual Private Server is that you still control your operating system completely. But without having to handle all of your hardware setup and maintenance work. As with any shared web hosting environment, you’ll be given complete root access to install just about any software package needed on your host server. If you’re wondering why someone would want Windows VPS hosting over dedicated Windows web hosting, there are many reasons! Let’s look at some of them in detail below.

What we love most about Windows VPS is that they enable us to offer our clients more affordable pricing and better quality support than we’d otherwise be able to provide. As you may know, with self-managed servers (where clients have 100% control), we often find ourselves explaining exactly how something should be done. Meaning we spend more time troubleshooting each issue rather than focusing on providing additional value to new customers who don’t even know what questions they should ask yet.

How Does Windows VPS Server Work?

Windows VPS is an operating system virtualization product that allows multiple users to share a single physical server. Unlike dedicated servers, where each user gets their own hardware, with Windows VPS hosting they share one piece of hardware. This helps save on costs but has some drawbacks as well. Windows VPS Server is ideal for small and mid sized businesses. Who wants to run their servers on equipment that’s bigger than they can afford or need individually. It also enables them to avoid needing employees who are trained in server maintenance, since most of it can be done by support staff at their web host.

When it comes to choosing between a Windows dedicated server or Windows VPS Server, small business owners are faced with many decisions. One of these involves trying to determine which is most advantageous, with all things considered. It’s important to understand how your choice will impact your company’s bottom line. So here’s a look at both options and their advantages. The first thing you have to consider when looking into either one of these options is cost. The same goes for maintenance, scalability, and more. Here are some factors that can help you narrow down your decision between Windows VPS hosting versus dedicated servers:

The first difference many experts point out is the price-to-value ratio. While there are cases where shared hosting might be cheaper. Onlive Server offers Windows VPS Hosting services at competitive prices across the board—sometimes even lower than those charged by shared hosters. This might initially seem like a disadvantage compared to dedicating an entire machine for exclusive use by your company. However, once you factor in additional costs such as purchasing Windows operating systems separately from using them on a VPS configuration. Support costs from buying from an individual provider, dedicated servers start coming off as much more expensive propositions.

These aren’t issues you need to worry about if you go with a Windows VPS Server by Onlive Server; they handle everything right from installation and upgrades. Giving you total control over every aspect of your online environment without having to run any hardware or software yourself. You also benefit from high levels of security associated with being hosted on multiple servers instead of just one.

How to get started with Windows VPS Hosting?

Starting with the Windows VPS Hosting service from Onlive Server is straightforward. Depending on how much you’re willing to spend. You can get a reasonably powerful server to host your applications, create an e-commerce site, or even run services like an e-mail server. The best thing about Windows VPS is that, unlike other solutions. Such as dedicated servers, you can modify them without contacting anyone. This makes it easy for webmasters who want something more customized than shared hosting but don’t want to deal with much technological hassle. Below we’ll look at why Windows VPS has become so popular in recent years.

Is Onlive Server’s Windows VPS hosting Plan worth the price?

Onlive Server offers a lot of great functionality to their customers With Windows VPS Hosting Service. Unlike a physical server, you get full control over your Windows VPS Server, and you can install any application that Windows OS supports. That means you’re not limited to just web-based applications. You can use Windows VPS hosting with an FTP server, database servers, shared media applications, cron jobs, and more. And more importantly, you have to pay just $9 to get started with Windows VPS Server to get enough resources on your virtual private server. However, if you think about it from a cost perspective, $9 per month can save you thousands of dollars in hardware costs compared to getting a physical server with comparable resources.

Other operating systems come with trade-offs, while Windows OS has many advantages. Linux is an option for some companies but also comes with some compromises. Many popular email servers won’t work on Linux without additional work, and Microsoft doesn’t officially support most versions of Linux (though they do offer help through partners). But Windows Server is available from Microsoft, reliable, easy to maintain, and supported by various add-ons. Windows VPS Hosting is the best option for small businesses on a tight budget.